Am I the only one who finds this question impossible to answer?

'On a scale of one to ten how painful would you say are your joints today?’

Anyone who has had the misfortune to attend a rheumatology clinic... by which I mean to say, to be there at all they're in the unfortunate position of having - or being suspected of having - one of the range of the chronic diseases that are treated at such a place. Actually to have an appointment, and to be seen, and asked the question might actually be regarded as quite fortunate, given the state of the NHS in general and rheumatology in particular, but that's another blog post!

Anyway, as I was saying, anyone who has ever attended such a clinic will know how difficult it is to answer such a (seemingly) simple question.

'Two' I venture, a bit like a tentative bidder at the start of an auction. The nurse looks up and I immediately wonder if I've begun in the wrong direction. Perhaps 'two' is excruciating agony nearly as bad as having your toenails ripped out but not quite as bad as nine, being burnt at the stake or ten, placed in an acid bath while still alive. Actually I've no idea what either of the latter feels like (obviously) so its pointless trying to compare them to how I'm feeling. Just as it's pretty pointless trying to compare how I'm feeling to how the others in the waiting area (corridor, with added chairs) is feeling.

Is the little old lady sitting next to me a 'four' or 'five'? Her fingers are gnarled and she sat - collapsed, more like - into the chair as though her knees had long ago stopped working, but... six? seven, maybe? Or one, it the scale goes the other way? What does it matter? Her pain is happening to her and mine, as Philip Larkin put it, 'is happening to me.' The only reality is my own experience; the only answer is my own judgement.

And the nurse is waiting, looking up at me as if I'm stupid. Perhaps I am. ‘So on a scale of one-to-ten,' she explains patiently (which is appropriate, as I am) 'where one is no pain at all and ten is completely unbearable, where would you say you are today?’

The difficulty quantifying pain like this isn’t all the usual stuff about comparing pain(s) or accurately measuring them or anything else. It’s part macho ‘pain is for wimps’ (which it isn’t, but which I probably am) and part a lack of knowing what, exactly, to compare it to. I mean, ten—unbearable, unendurable pain—I’d associate in my imagination with something like extraordinary rendition and a CIA waterboarding or maybe fallen foul of Pinochet in 1970s Chile or being chained with Joan of Arc in the market square at Rouen as the flames begin to rise.

‘Three,’ I say eventually. The nurse stops writing and looks up at me. ‘Ok, then—four?’ I offer. That seems to make her happy and she records my answer. They have a number. It makes sense when compared  with all the other numbers that I've given her, with the numbers from my blood tests, with the numbers on the prescription for my medication.
And as long as the numbers add up, everybody's happy.
Or so it seems... 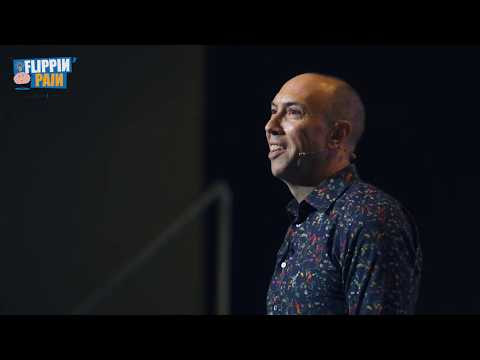 Tim Atkinson
Tim Atkinson is the author of two novels (Writing Therapy and The Glorious Dead) as well as several works of non-fiction. He was born in Colchester, brought up in Yorkshire and now lives with his wife and family in Lincolnshire. He is currently writing a book 'Where Does It Hurt?' about his experience suffering chronic pain.